30Years of ExperienceInforms Our Technology and Processes 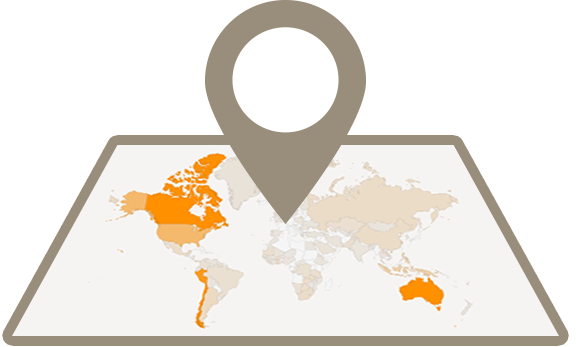 A comprehensive study of the accuracy and repeatability (precision) of the SMC Test® involving 370 SMC Tests has recently been completed. Of these tests 100 were carried out via two extensive “round robin” programs conducted by the University of Queensland’s JKTech comminution team, one in 2008 and one in 2013. In this part of the study JKTech selected and prepared all of the samples from a single highly homogeneous rock source. Samples of this material were then sent to over 25 different laboratories world wide for drop-weight and SMC Testing, duplicate testing being carried out by all laboratories. The results from the 2013 study are discussed in detail in a paper to be given at the up-coming SAG 2015 conference in Vancouver (A New Way of Representing A and b Parameters from JK Drop-weight and SMC Tests: the “SCSE” by V. Matei, C.W Bailey and S. Morrell). A summary is given in Table 1 below, which shows that the SMC Test® results were almost identical to those from the drop-weigh tests, emphatically demonstrating the very high degree of accuracy that the SMC Test® provides in estimating the drop-weight test parameters.

Table 1 – Summary of Statistics from the JKTech 2013 Round Robin

The second part of the study involved an additional 270 SMC Tests carried out on 135 pairs of samples from different ore sources. These tests were arranged by 10 major mining companies and were conducted at a number of different laboratories. The data were combined with those from the round robins and were analysed by calculating the percentage difference between the results of each pair of SMC Tests. The results, which represent the precision of the SMC Test®, are summarised in Table 2. As can be seen the average of all of the 185 differences in SCSE values is only 2.3%, reflecting the highly controlled and precise nature of the test.