Dr Steve Morrell is a minerals processing engineer with over 40 years of specialist experience in the resources industry. Steve has been involved in the circuit design of the majority of major comminution circuits internationally, through which he has established himself as a world leading expert in comminution design and optimisation.

Steve graduated with a Bachelor's Degree (Honours) in Engineering Science majoring in Metallurgy from Imperial College in London and spent the next 7 years gaining practical, real-world experience working on mines throughout Africa. In the late 1980's, Steve moved to Australia and completed Masters and Doctorate theses in grinding mill simulation and power draw modelling at the Julius Kruttschnitt Mineral Research Centre (JKMRC). Up untill 2000, when he left the JKMRC to start his own consulatnacy (SMCC Pty Ltd),  Steve also led world-leading research projects such as the AMIRA P9, High Pressure Grinding Rolls, Fine Grinding and Mine-to-Mill programs and contributed significantly to many industry breakthroughs that helped improve our understanding of modern comminution processes and technologies.

In 2003, based on his extensive practical and research-based experience, Steve founded SMC Testing Pty Ltd to license the innovative SMC Test® – a laboratory comminution test which provides a range of information on the breakage characteristics of rock samples for use in the mining/minerals processing industry. To date, over 50,000 tests have been conducted globally, supporting that the SMC Test® is one of the most useful, versatile and cost-effective rock breakage test procedures available.

In 2016, the Global Mining Standards and Guidelines Group (GMSG) recognised the SMC Test® through the adoption of its guideline “Morrell method for determining comminution circuit speciﬁc energy and assessing energy utilization eﬃciency of existing circuits”

In 2011 Steve was recognised for his significant contribution to the field of comminution when he was awarded the prestigious Art MacPherson Award by the Canadian Mineral Processors Society of CIM.  In 2018 he was inducted into International Mining Technology’s hall of Fame and in 2020 it was announced by the AusIMM that he had been given its Professional Excellence award.

6. MORRELL, S., 2008, A method for predicting the specific energy requirement of comminution circuits and assessing their energy utilisation efficiency, Minerals Engineering, Vol. 21, No. 3.

12. MORRELL, S., 2004. An Alternative Energy-Size Relationship To That Proposed By Bond For The Design and Optimisation Of Grinding Circuits. International Journal of Mineral Processing, 74, 133-141.

13. MORRELL, S. (2003). The influence of feed size on autogenous and semi- autogenous grinding and the role of blasting in its manipulation. Proceedings of the XXII International Mineral Processing Congress, Cape Town, South Africa, pp 526-533, SAIMM.

25. MORRELL, S. and STEPHENSON, I. (1996). Slurry discharge capacity of autogenous and semi autogenous mills and the effect of grate design. Inernational Journal of Mineral Procesing Vol 46: 53-72.

67. LYNCH, A. J. and MORRELL, S. (1992). The understanding of comminution and classification and its application in plant design and operation. Comminution - Theory and Practice. S. K. Kawatra pp 405-426. 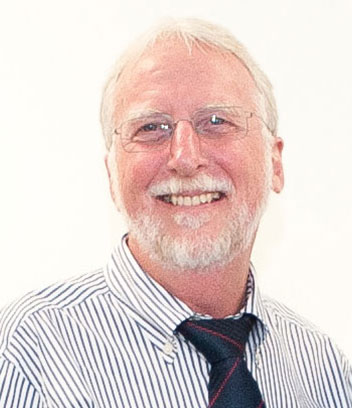