Benchmarking the hardness of a particular ore deposit can provide valuable intelligence as to whether its comminution properties are typical of other deposits and if not, the extent to which they are likely to depart from the norm.  Such intelligence is vital in the early investigative and developmental stages of a prospective ore deposit as it provides an indication as to whether the likely comminution energy requirement, the cost of which is often a major economic factor, will be more or less the same as that of existing concentrators.  In an existing circuit this benchmarking is also valuable as it helps identify whether its energy costs relative to other operations within its commodity sector are reasonable in relation to its relative hardness, ie are its energy costs high in relation to other concentrators due to its ores relative hardness?  If not then this may indicate a relatively inefficient comminution circuit which has the potential to reduce its energy costs and improve company profitability.

By leveraging our extensive, 35000-strong database, SMC Testing now offers a new and deep insight into ore hardness via focused analysis of global trends and is able to position a specific ore deposit  within its commodity (valuable mineral content) hardness distribution (Figure 1). In some cases further analysis is also possible based on commodity hardness distributions within geographical location (Figure 2).

This world-first insight is based on aggregated highly detailed analysis of over 35000 completed SMC Tests, carried out on ore samples from 80 countries (Table 1), spanning six continents (Figure 3), and covering over 30 different commodities (Table 2 and Figure 4).

The ongoing analysis conducted by SMC Testing shows distinct differences in the hardnesses between some of the major commodities, demonstrated clearly in Figure 1 below. Figure 1 shows the cumulative distribution of the SMC Test® DWi hardness parameter for the entire database compared to one of the commodity sub-sets.

Further evidence indicates that there is also a significant difference between continents in the distributions of the hardnesses of the principal commodities.  Figure 4 shows a good example of this, illustrated by the variation in DWi hardness of a single commodity based on geographic location. The aggregated geographic and commodity compositions of the full SMC Test® database can be seen in Figure 3 and 4. 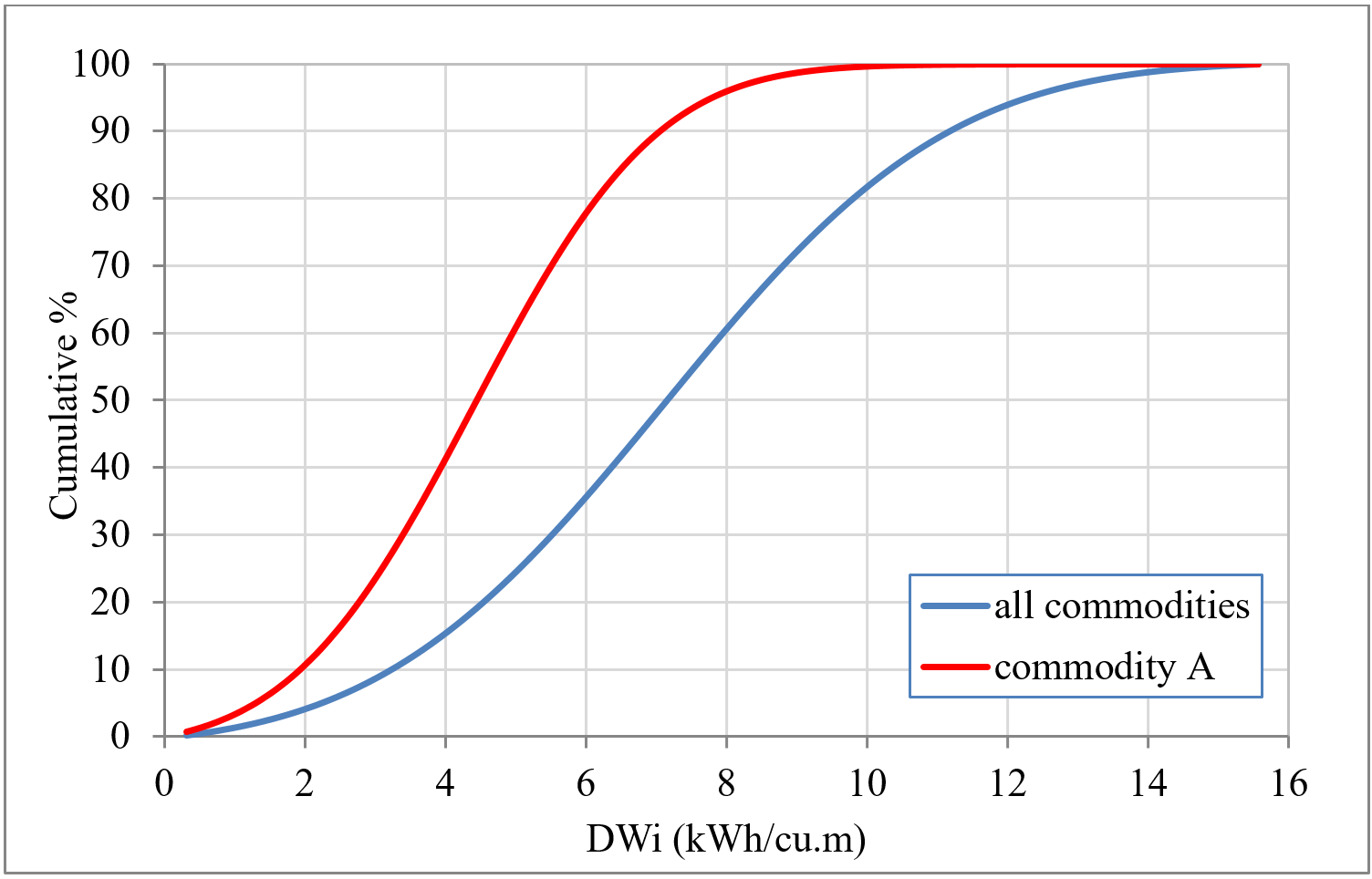 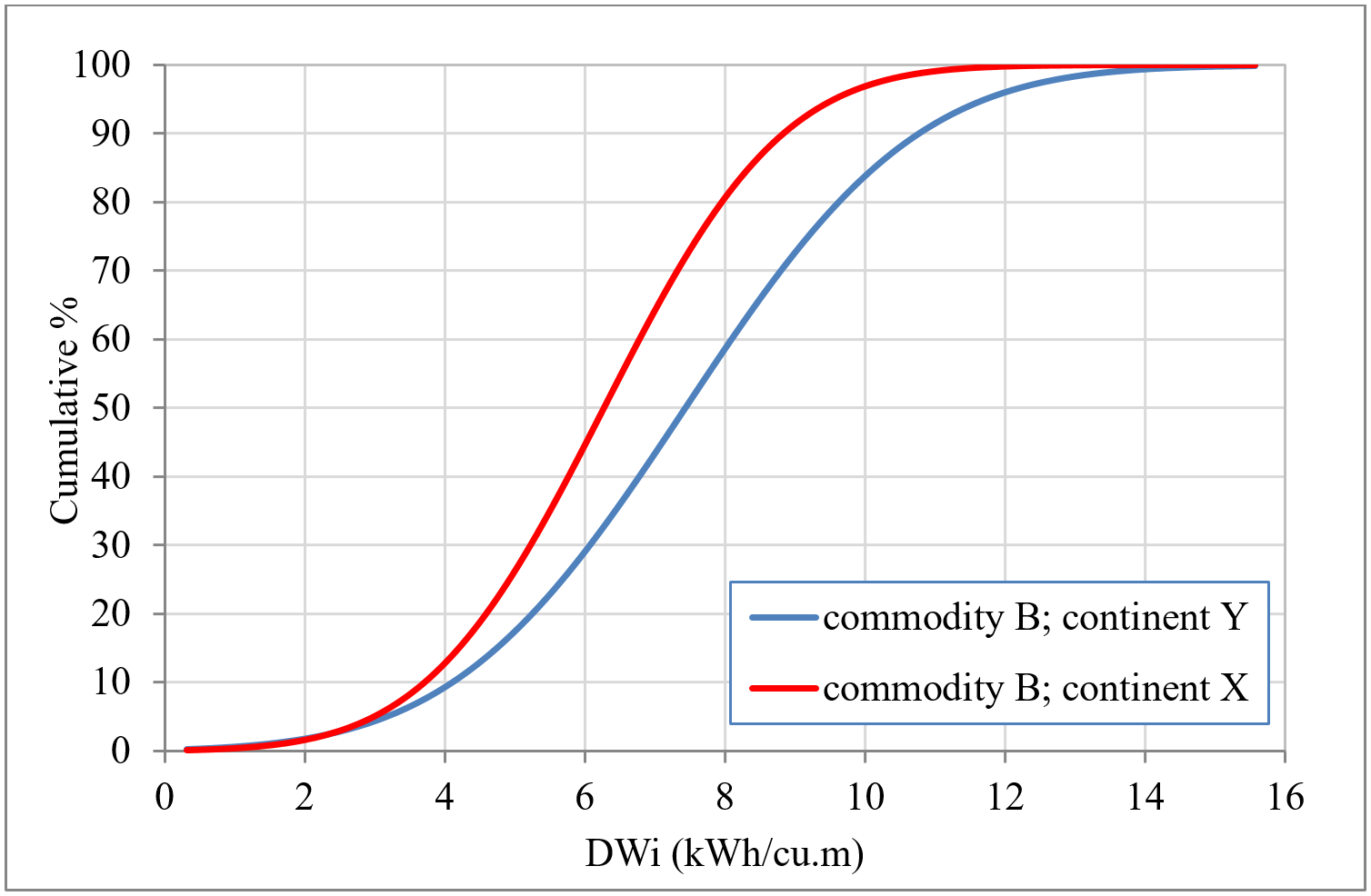 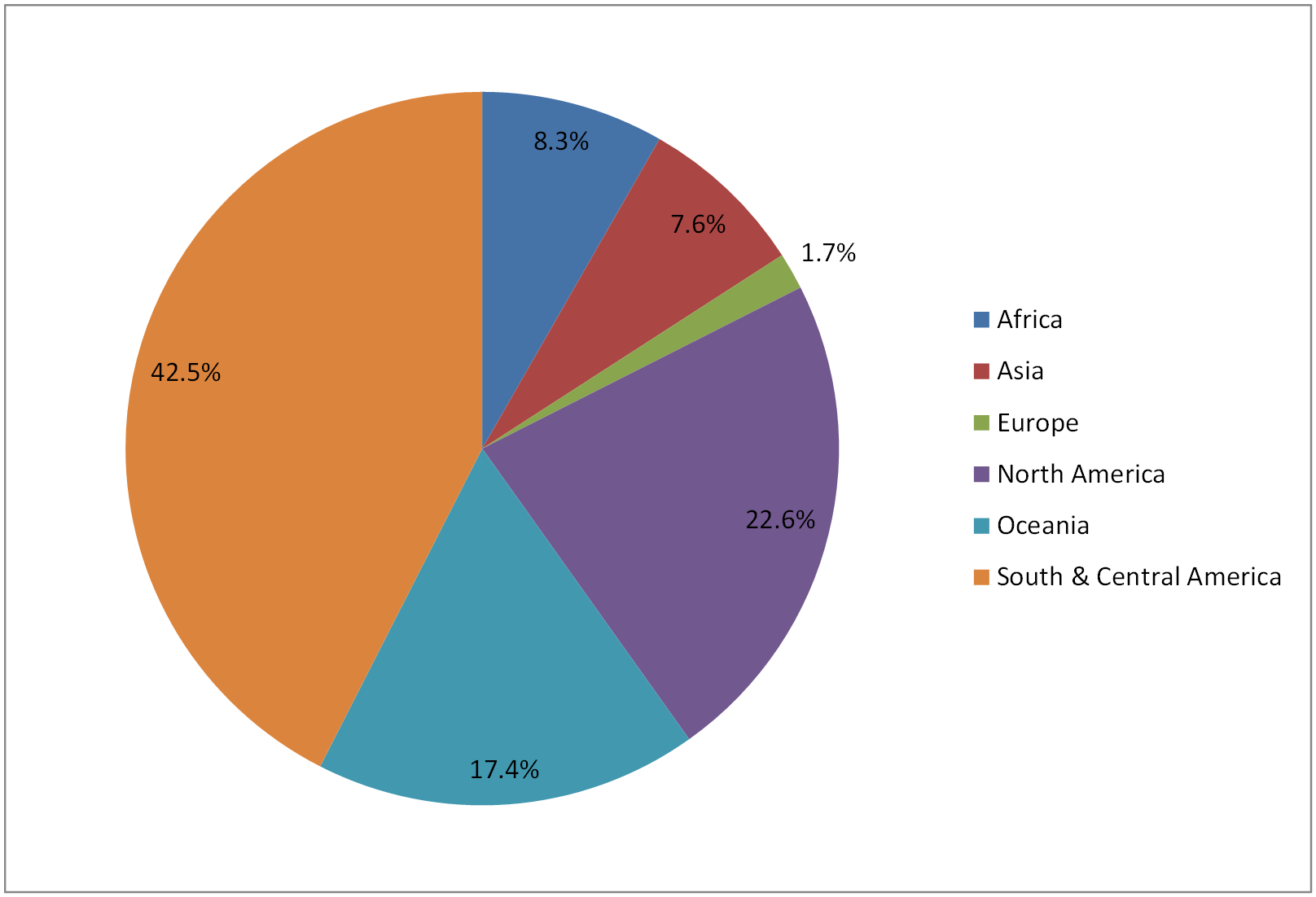 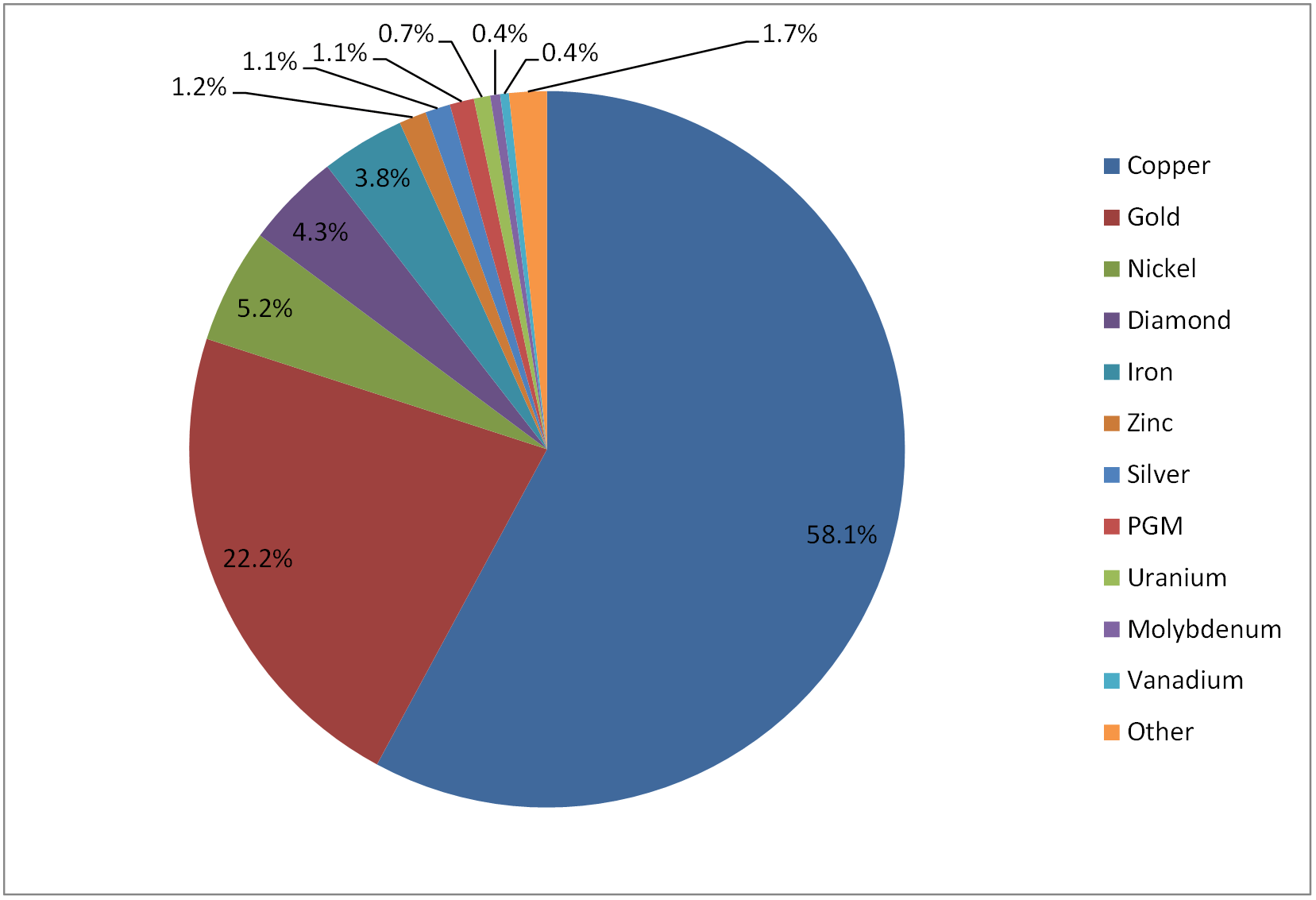 These findings reflect the innovative and continually-improving nature of SMC Testing as the world’s leading comminution test provider. We continue to leverage the extensive SMC Test® database to offer our customers unrivalled reporting insight and value.

In a little over 10 years since its introduction to the Minerals Processing world, the SMC Test® has established itself as one of the most popular, versatile and accurate laboratory comminution tests available. Furthermore, the SMC Test® database—the largest of its kind in the world—gives unique and superior testing insight unmatched in other comminution tests available.