Compañía Minera Doña Inés de Collahuasi SCM (Collahuasi) is co-owned by Anglo American plc (44%), Glencore (44%) and Japan Collahuasi Resources B.V. (12%).  It is situated in Chile and is one of the largest copper operations in the world, producing over half a million tonnes of copper in 2018.  Its treatment plant has a comminution circuit which comprises three parallel grinding lines, each in a SABC configuration.  Two of the grinding lines are identical whilst the third, much higher capacity line, has much larger mills. Currently the overall comminution circuit capacity is of the order of 170,000 tonnes of ore per day with plans to increase this to 210,000 tonnes per day in the near future.

In their drive to ensure the most robust and accurate grinding circuit throughput forecasts, minerals processing engineers at Collahuasi have developed a sophisticated model which relies heavily on the SMC Test to describe the orebody’s hardness – one of the main reasons that Alruiz et al (2009) attribute the on-going success of the model to.  The ore body is classified into six so-called UGM units and the SMC Test is used extensively in describing the SAG mill hardness variability in each of these units within a time horizon of up to 5 years.

The approach adopted by the Collahuasi engineers was to develop relationships between grinding circuit throughput and ore hardness and final grind size (flotation feed size).  To do this they reduced numerous simulation results, carried out using JKSimMet, to a series of twelve mathematical equations, two for each of the six UGMs.  These in turn were linked to a master “Production” equation which incorporated a number of operational variables, such as the impact of scheduled maintenance-related and unscheduled shutdows in various parts of the plant.

The accuracy of the model’s ability to forecast grinding circuit throughput on a weekly basis is illustrated in Figures 1 and 2 using 10 month’s of production data.  The average weekly error is only 4.9%, whilst on an annual basis it reduces to a mere 0.15%. The model is in continuous use for mine planning optimisation. 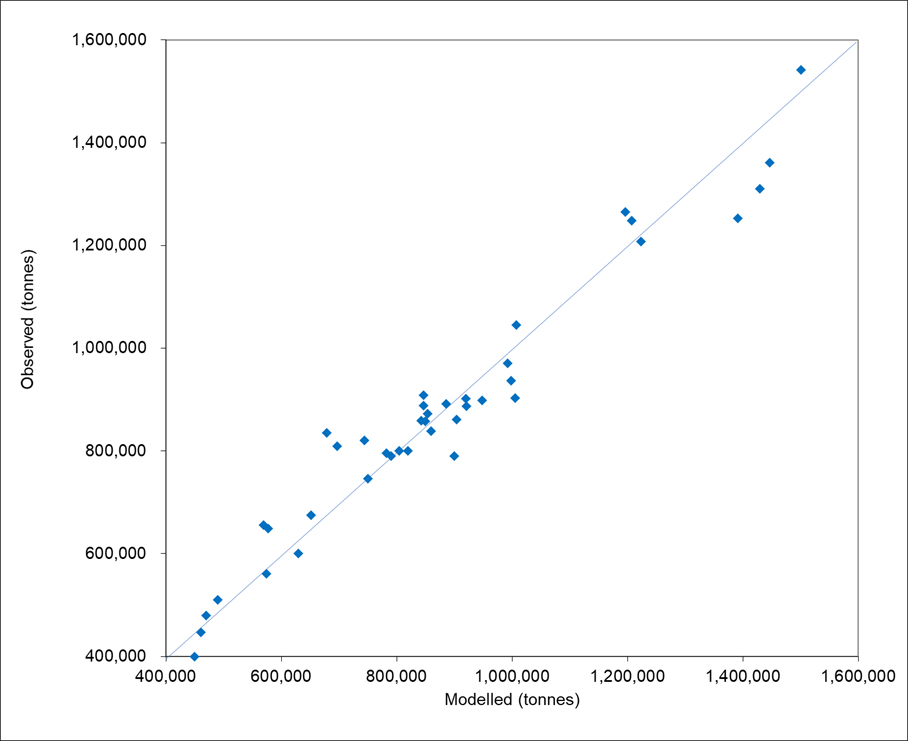 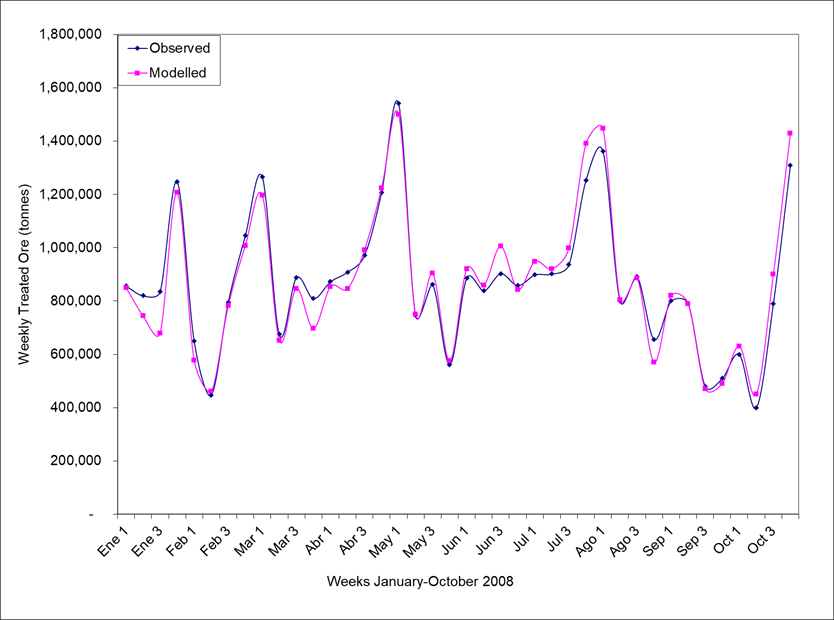